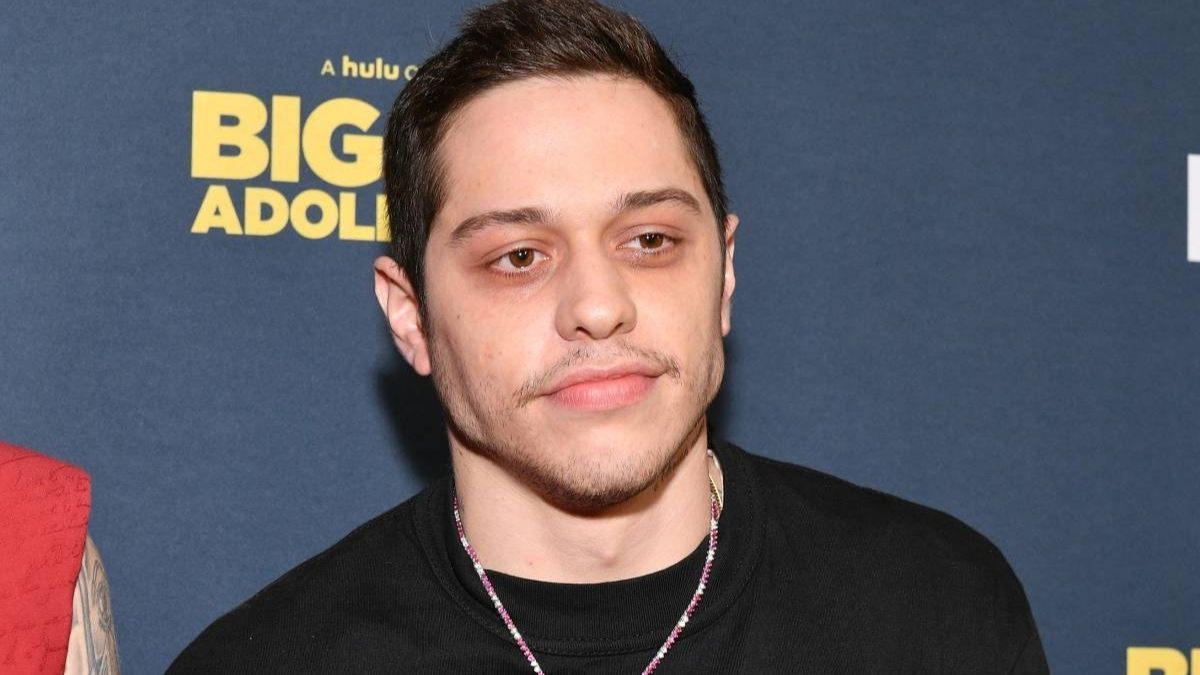 The already popular and well known 28 year old comedian Pete Davidson is known mainly for his participation in the television comedy show “Saturday Night Live“, and more recently for his relationship with Kim Kardashian, the presenter has also become the most talked about figure in the tabloids for his exploits beyond the stage.

This character has grown in popularity thanks to the controversies he has had thanks to his relationship with Kim being the main ones his fights with the rapper and ex-husband of the influencer Kanye West, that is why in this article we will tell you a little more about this character so you can know a little about him and his story.

Who is Pete Davidson?

Emili Ratalkowski describes him as “adorable, captivating and vulnerable”, this in a U.S. television program where he argues why Pete Davidson has become the most irresistible man in Hollywood at 28 years of age. And the fact is that the comedian boasts omnipresence in the public sphere since he usually appears daily in some headline of the specialized press.

In addition to his work as an actor and influencer, and more recently as Kim Kardashian’s partner, the figure of the comedian is also added a certain mystery due to his past and being one of the youngest comedians hired by the Sketches Saturday Night Live television program.

Besides this, the comedian stands out for his style where he turns his life experiences with drugs, sex, depression or the management of his grief with sharp witticisms that give him his characteristic humor. In addition to this, he has also been part of several film productions, one of them being “The King of the neighborhood” where part of his autobiography was taken to the big screen.

Davidson also recently commented that he would return to play a version of himself in a television series produced by Lorne Michael, the man responsible for the satirical format that discovered him.

His beginnings in humor

Since 2014 the New Yorker has grown in popularity little by little thanks to his first person comedy style, in his teens he started as a stand-up, something that he himself confesses helped him deal with the death of his father, who was a firefighter who died in the rescue efforts of 9/11. And what began as a therapeutic exercise ended up being his life’s passion.

“I like to talk about the things that make me feel really sad. That way, if they end up being funny, they don’t hurt,” he confessed to Interview magazine, and Davidson has not been shy about telling jokes about the loss of his father as well as his borderline personality disorder and addictions. He has also joked about his admissions to mental health institutions and rehabilitation centers.

But in addition to this the New Yorker is also known for his love history in which he has been quite frantic and famous, over the course of the last 4 years Davidson starred in an affair with Ariana Grande, with whom he even got engaged, besides this he has also had relationships with supermodel Kaia Gerber, actresses Kate Beckinsale, Phoebe Dynevor and Margaret Qualley, he confesses the following to People magazine “I’m a hopeless romantic. I believe in true love and that being in love is a great thing. I hope I’m lucky enough to find something like that someday.”

Now the comedian is in a relationship with Kim Kardashian and this has led him to achieve a media rise like never before, this relationship has led him to have problems with the ex-husband of the influencer, Kanye West, the controversial musician has published several times harassment attacks against the famous presenter leading this to even Instagram to block the rapper from his networks.

Pete’s charisma and popularity has not only conquered the biggest stars of Hollywood but also those of the fashion world, where he debuted as a model by the hand of designer Alexander Wang. His style with tattoos and constant hair color changes are part of his millennial appeal that makes him so popular.

In recent days it has been leaked in the headlines that he will be one of the 6 passengers of the next flight of Jeff Bezos space travel company, Blue Origin, although Davidson was going to travel for free since he was personally invited by the founder of Amazon, this past Thursday it was announced that he finally resignedto be part of the crew whose journey does not exceed 10 minutes, although the reasons for his abandonment have not yet been known.