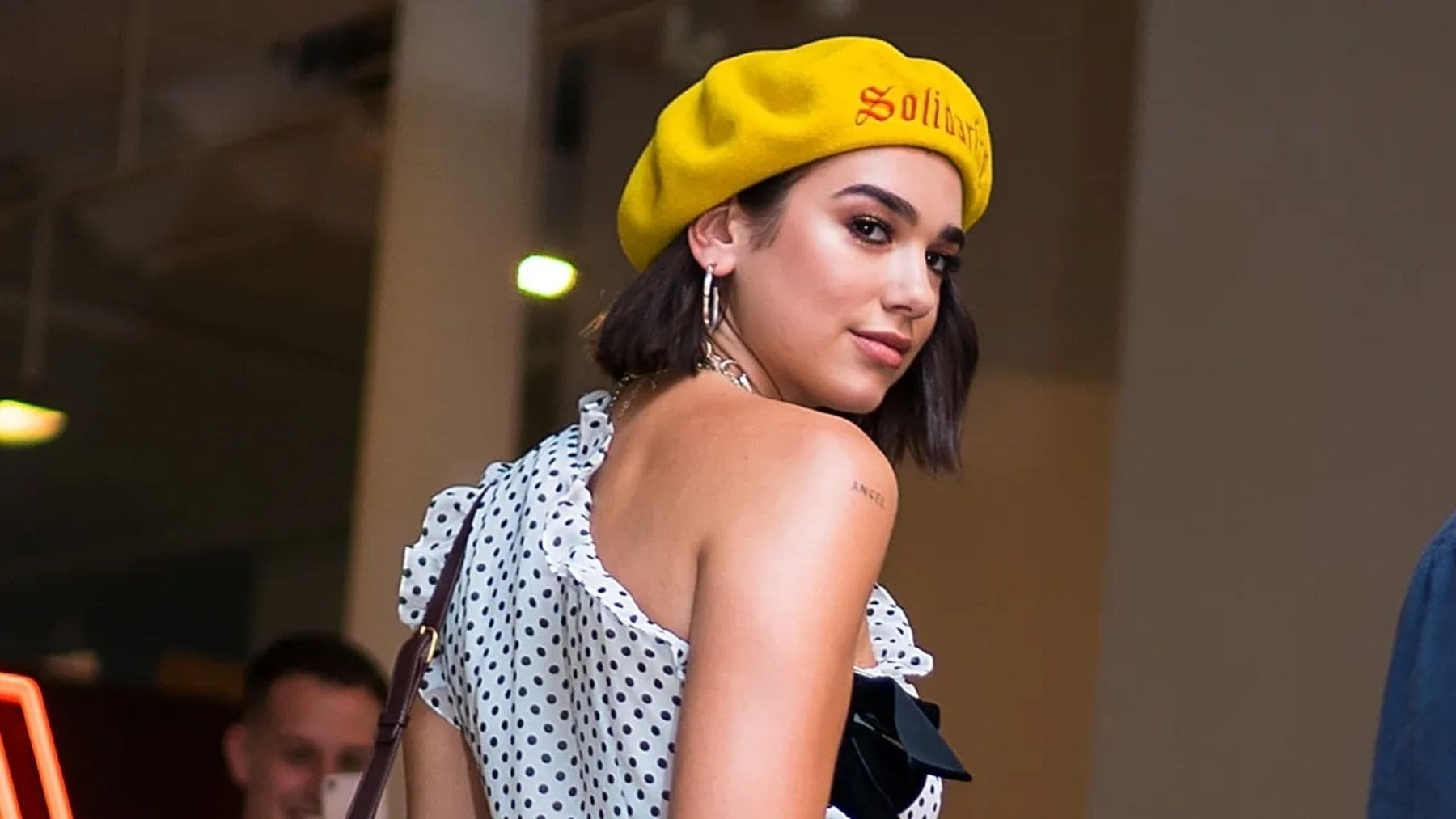 This past April 3rd was held the 64th edition of the Grammy Awards which was attended by many world class artists. For this occasion the 3 times Grammy winner, Dua Lipa, attended as a presenter where she caught everyone’s attention with a radical change of look that left more than one fascinated.

On the red carpet we could see a new platinum blonde tone in the singer where she barely let us see the roots of her natural brunette hair. The artist posed in front of the cameras and stole all the flashes with her brand new vintage Versace black dress.

The multi-award winning artist looked amazing on her arrival at the Grammys, wearing a dress taken from Versace’s fall 1992 prêt à porter collection. A vintage outfit that was crowned by the new look that surprised everyone. The singer changed the color of her long hair to get a look that matches the vintage essence of the dress.

This look we see on the famous singer-songwriter is very similar to the one Donatella herself wore in the past. Also along with her brand new blonde hair it seems that Dua Lipa sought to pay homage to the Italian designer. It is not for nothing that the pop star is considered and acts as the muse of Versace’s generation Z. We have seen her starring in campaigns for the house where she even walked the runway in the spring.

Just a few weeks ago we could see the famous singer on our screens in the music video “Sweetest Pie“, together with Megan Thee Stallion. In that video clip she was still sporting her recognizable and beloved brown hair. And more recently, just one night before the award show, he was spotted in Las Vegas with his brunette hair.

This means that Chris Appleton, celebrity hair stylist and creator of JLo’s iconic Super Bowl hairstyle, managed to create this attractive look on the singer in less than 24 hours. Although this is only an assumption since neither the pop star nor the hairstylist have commented on the matter. So we can’t say this with total certainty since this look could also be a wig and not a permanent change.

But what is certain is that this image of the artist is something that is on everyone’s lips. This thanks to her shocking makeover and her foot-length Versace dress that included Bvlgari jewelry. A look that we will not easily forget.

This is a look that as we mentioned before reminded us of that iconic moment when Donatella Versace presented herself and her brother in the fashion world. This look by the singer of “Levitating” sought to pay tribute not only to the designer, but also to that memorable moment in time.

This is a look that we have also come to see on other celebrities who have paid tribute to the iconic “Bondage sexy” dress. Among the names that have done this we get Kaia Gerber, Kim Kardashian, Cindy Crawford and even Penelope Cruz.

In addition to this, one of the most memorable moments of the award ceremony was when Dua Lipa along with Megan Thee Stallion presented the award for “Best New Artist“. For the award presentation they both wore a very similar black Versace ensemble. They both sported a short dress over patent leather pants that included gold chains.

To make the moment more memorable, Donatella Versace herself came on stage, ripped a piece of fabric off the dresses and commented, “You know what? Let’s do it – these are my girls!”.