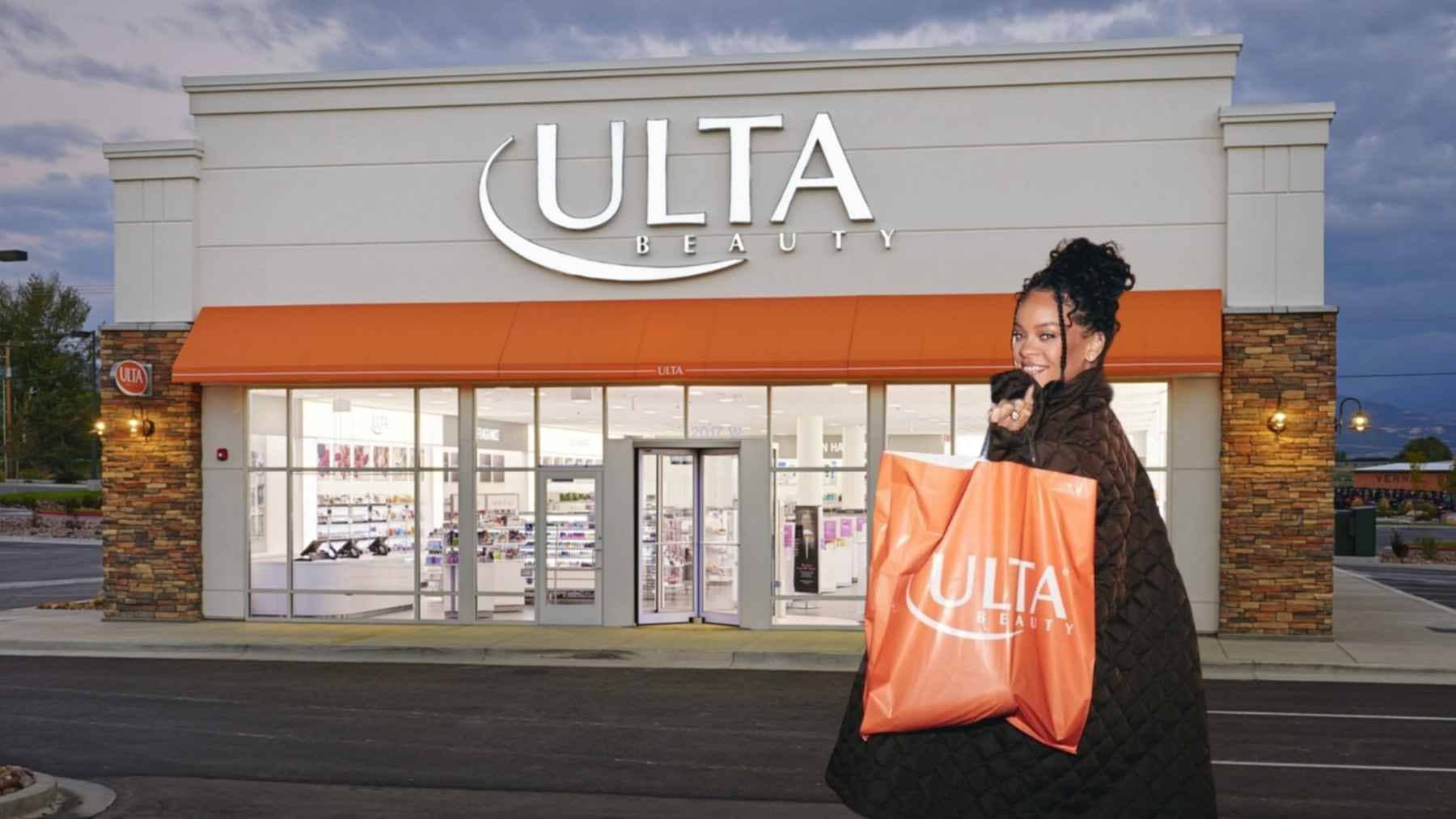 Since Rihanna launched her own cosmetics brand, Fenty Beauty, in 2017, it has made a huge impact and has only grown. Now, the singer and businesswoman has announced that her company is joining Ulta Beauty and now it will be added to their product line to sell from now on.

The Fenty Beauty line has an international reach, but now that it has joined Ulta Beauty, it can be assumed that there will be more sales in the future by both companies. This is the first time something like this has happened, but it may not be the last.

Ulta Beauty is one of the largest retailers in the United States, having been founded more than 33 years ago and has stores in more than 49 states in the country, and has a partnership with the Sephora company. So, now with the association with Fenty Beauty, it has made the product line created by Rihanna distributed in 1300 new locations.

On February 28, a preview of the brands that Ulta Beauty would soon sell in its stores could be seen, and from March 6, Fenty Beauty’s products officially could be bought in his installations. Although, until now, the profits that have been obtained from this union have not been said.

Rihanna herself celebrated on her social networks the new associate of Fenty, posting a photo of her with an Ulta Beauty bag in one of these stores, where many posters of her company’s brand are now displayed.

Association of the companies

Previously, the singer of “Love in the Brain” had done collaborations to promote her brand, one of the most recent being the one she did with the famous Arcane series where she was able to create the makeup of various characters, but it is the first time that she allows Fenty products are sold by other companies.

In a statement, Rihanna made the following statement: “I created Fenty Beauty with a global vision in mind, and that vision transcends everything from our shade ranges and products to where and how people can shop the brand. I want everyone to truly be included and Ulta Beauty’s amazing community shares the same passion for beauty that I do.”

The statement implies that while Rihanna wants to make her business even more popular, she went ahead with the partnership because they have the same goals. Also, Ulta Beauty is a company that specializes in hair products, cosmetics, fragrances, and more, and is always looking to branch out, so the merger shouldn’t have been that complicated as we might think.

It’s safe to say that Rihanna doesn’t plan to stop expanding Fenty Beauty, and her other ventures aside from her association with Ulta Beauty have also been said to be working with Mark Zuckerberg, to sell her products in the Metaverse, so that these can be downloadables.

Otherwise, although Fenty Beauty is aimed at “women from all over the world”, with shades of all kinds, it has long been said that it will have more variety for men’s makeup, and it has even been rumored that Rihanna will open a new company aimed at this public.

Also, the singer from Barbados recently launched “Fenty Icon”, her company’s first refillable lipsticks that feature neutral and red tones, which have been a bestseller.

Either way, it would not be so unusual to see Fenty Beauty collaborating with other brands in the future or new makeup lines, with Rihanna always looking for her products to be inclusive and accessible to a general public as she has intended from the beginning.