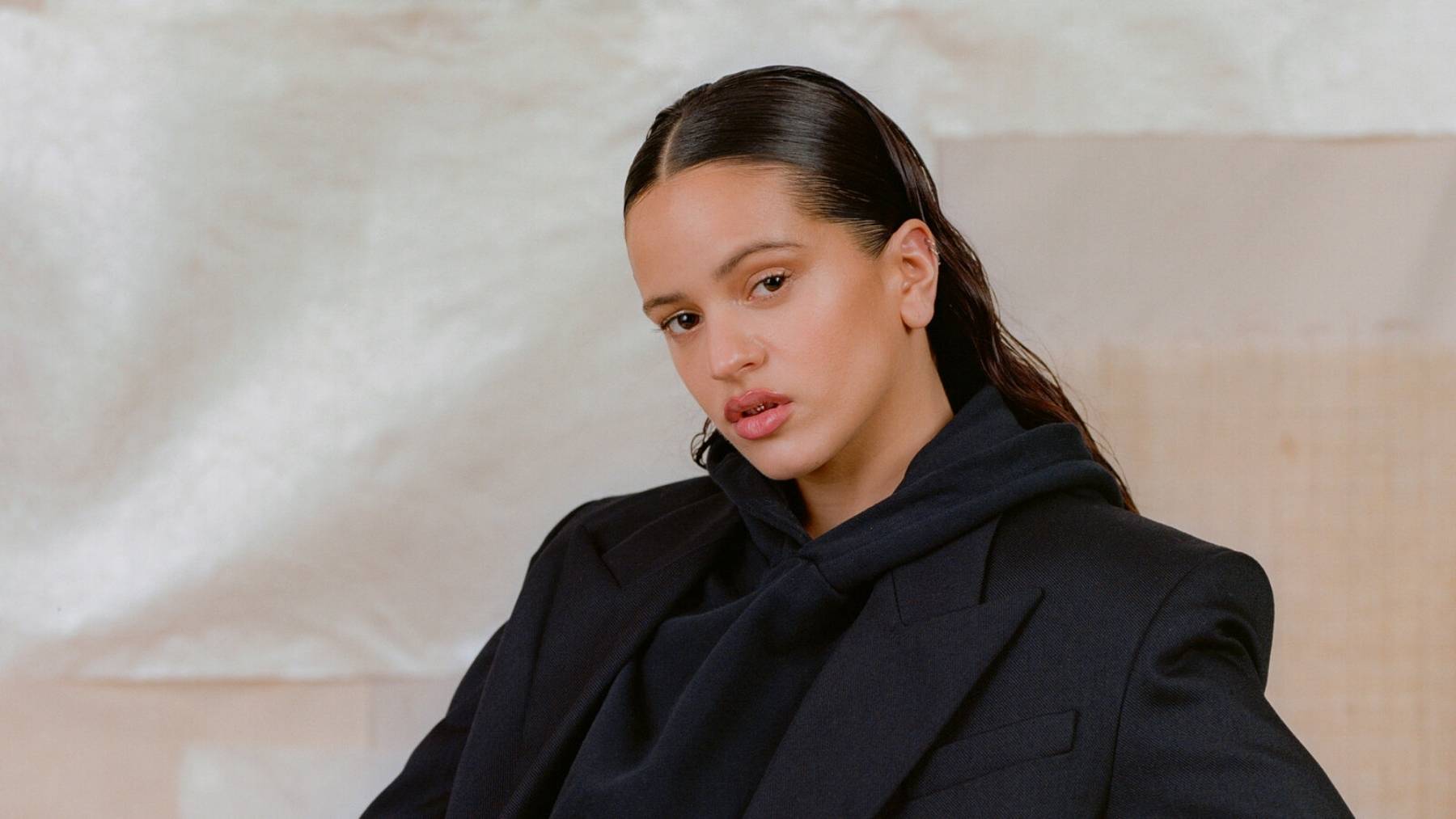 This past November the famous singer of Catalan origin attended the gala of the 40 Music Awards with a transparent light blue dress by Dolce & Gabbana, but the particularity of this dress is that it is the same model that Pamela Anderson used in 1998 in her visit to Jay Leno’s show. Something that would not have particularly pleased the actress.

If we search in the fashion archive we can get many interesting things, one of those is this particular one where a dress unites the 2 celebrities through time, separated by 23 years and united by the same dress. One thing that fans of both stars have really liked but Pamela doesn’t seem to be happy about.

During the 90’s Pamela was a true fashion icon, a woman who off screen always dazzled with her style, today Rosalia is also a reference for a whole generation, this not only for her music but also for her great iconoclastic art or for her aesthetics that draws much attention to her fans.

Both women distant in more than 2 decades but united by a taste for the same dress designed by Dolce & Gabbana, many think it could have been a coincidence and others that the singer did it as a tribute to the actress, but the reason is still not officially known, but what we do know is that Rosalía looks just as good in that dress as Pamela did 23 years ago.

Although this may be a message of admiration to the actress, Pamela Anderson has not been very happy about this fact because when asked about it, the actress was indifferent, and she has never shown particular interest in the Catalan singer whom many admire.

Pamela’s story with the dress

It was 1998 when Pamela was invited to the show of the legendary Jay Leno, the actress attended with her usual hair up with two locks on the sides, in addition to the sensual and beautiful sky blue dress we are talking about. The dress has a fitted bodice with thin straps, butterflies in blue tones and a semi transparent skirt.

In the show Pamela left her signature on this look as one of those that stick in our memory for a long time, this was a design that was presented on the Runwayin the same year by Dolce & Gabbana.

And after 23 years we see the dress again but now being used by the beautiful Catalan singer Rosalia, this for the gala of the 40 Music Awards this past year 2021 in Palma de Mallorca.

Rosalia with the dress

Rosalia arrived on the red carpet with the same dress of the Italian creators, being already a vintage design in which the years have not left their mark and if it were not for the specialists few would have known that this was a dress that had already left its mark well marked in Milan and fashion 2 decades ago.

Rosalia arrived with her hair in a bun and matching strappy sandals, with this look the singer reinterpreted this look of Pamela Anderson to make it her own, in addition, this leaves two curious photos where we can see the two artists wearing the same dress and not even feel the age that each photo has more than 20 years of difference.

But what is clear is that in matters of fashion there are designs that last far beyond trends and that go down in history, not only for its style but also for the meaning given by those who wear them.

Rosalia’s fans were quick to give their opinions about Rosalia’s look, which has been praised by the press but also by all her fans who have been delighted with the singer’s look, which unites her with Pamela Anderson through a style.

Rosalia was also questioned about the dress and she confessed that yes, she knew who had worn that same model some time ago and she wore it because she ended up being fascinated by it, but that it was also a kind of tribute she wanted to make to the actress by wearing her dress on the red carpet.