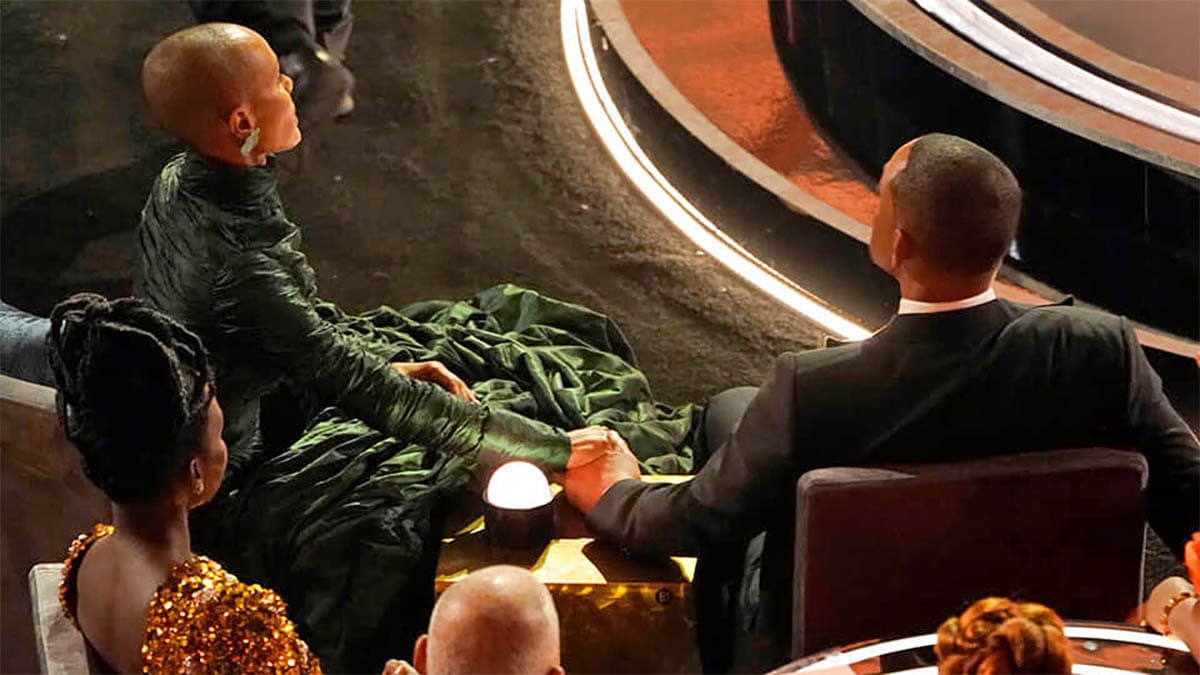 I don’t condone violence in any sense. But it is far from simple what happened, and we are facing a case of bullying that has been stopped with a gauntlet.

To know the trigger we must point out that Jada had removed the headscarf a few months ago, and the comedian knew it, he had been a friend of the family. As everyone knows, appearance is very important in the world of film and television, and having lost her hair due to a disease (which has no cure) had led her to a suffering to which her family has accompanied her, trying to lift her up morning after morning and day after day.

She had stopped hiding her illness from her peers in the film world. It is a very important step, and Chris whom they know very well and it is not the first time he jokes about his physique (as he already did in 2016 at another Oscar ceremony) made a joke about something that torments her. At that moment, Jada looked at Will as if to say ‘I told you it would happen’.

Chris Rock made a joke about an illness that has caused her depression and that Jada is painstakingly overcoming. And he did it not only in front of his fellow actors, but in front of everyone watching across the planet. That’s called bullying. Let’s stop considering it a joke to call fat someone who is overweight, autistic someone who finds it hard to relate, … these are not jokes. It is bullying. Making fun of illnesses, or personal conditions, is not funny.

Will Smith defended her as he could think of at that moment when he saw her breaking down. He acted wrong by slapping Chris, and he is honored to apologize, it shows his humility and is something not many do. God only knows what that family is going through to support Jada, his wife, valuing herself despite the autoimmune disease she suffers from changing her physical appearance.

If they take any retaliation from the Academy of Motion Picture Arts and Sciences against Will Smith, that would be fair, but if they do they should do it the same way against Chris Rock, who knowingly uses a disease to make humor and ridicule a co-worker. I say no to bullying.