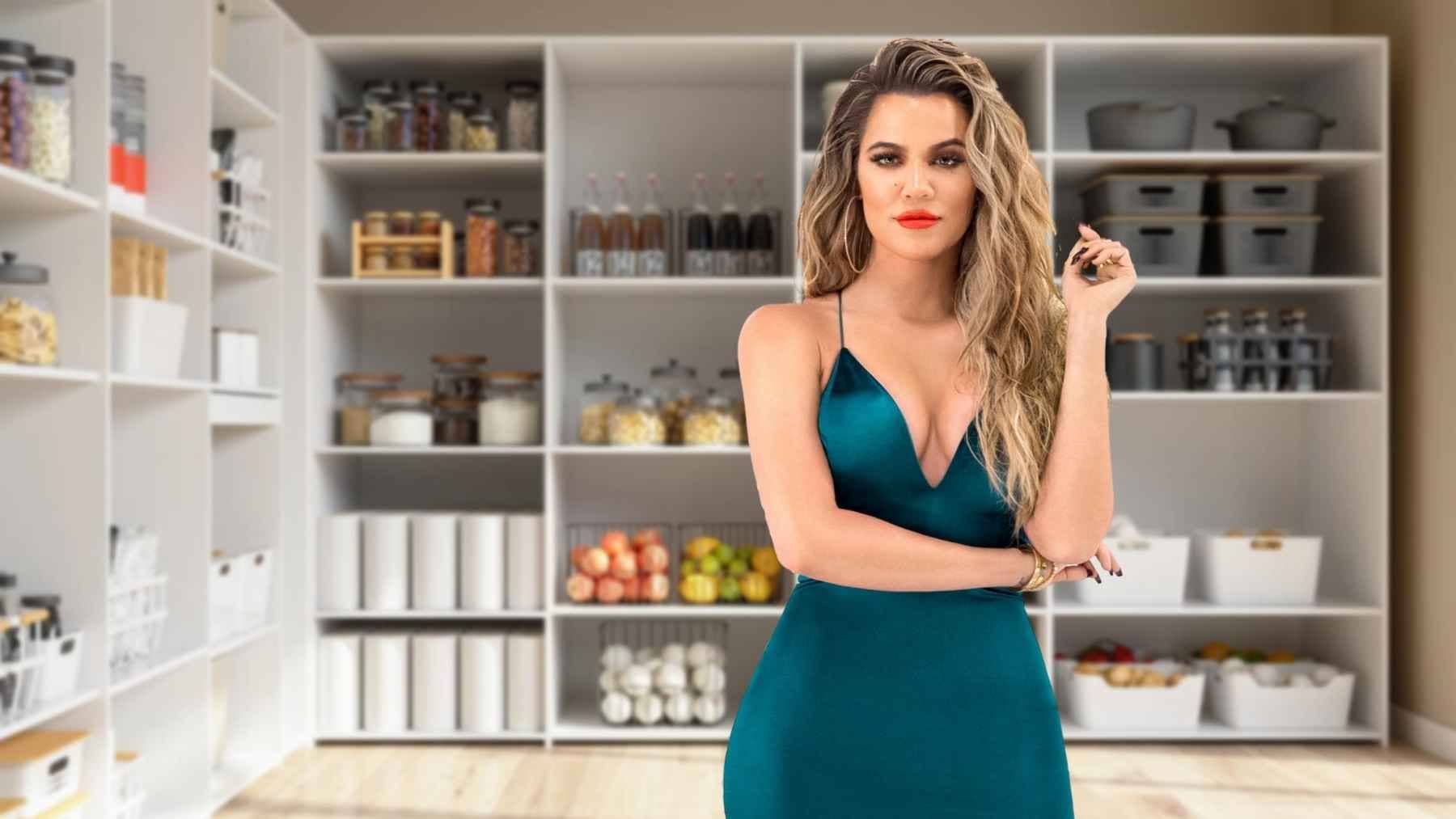 The pantry of the youngest Kardashian

The Kardashian’s have always been on everyone’s lips thanks to the great popularity they have achieved, this time it has been Khloé Kardashian who has appeared on her networks with photos of her pantry and this has left more than one of her followers amazed because of how perfectly ordered it looks.

The little sister of Kim Kardashian and Kourtney Kardashian has made viral the pantry of her mansion in Calabasas, California, after showing it tidy in “The Home Edit“, a new Netflix show and thousands of users have fallen in love with the order that looks claiming many that it is an image that just seeing it brings them “peace“.

In the new Netflix show “Home Edit” program created on the platform by Joanna and Clea, gurus of order, Khloé’s house is one of the protagonists in one of its chapters, this is a show where both protagonists visit the great mansions of some and some of the famous Hollywood stars such as Khloé Kardashian or Reese Witherspoon.

In the Kardashian’s house the “Dupla of order” has focused on the pantry, one of the favorite spots not only of the duo but also of all the followers of the series, as seen in the publication that has been made in the official Instagram of the program, the space has left everyone amazed thanks to the enormous sense of order that is appreciated in the final result.

In the photographs published by the program it can be seen that each food has a shelf and these are perfectly ordered by products, legumes, pastas, sweets, sauces among others. In addition to this, the little sister of the Kardashians has inherited from her mother Kris the taste for tableware since her top shelves are dedicated to store her sets of porcelain plates and cups.

The reaction of his fans

Some of the followers of the show and Khloé look with admiring eyes the incredible pantry that the businesswoman owns since this is something that is not within the reach of most but certainly something that many want, “This is amazing, it is perfectly ordered” writes one of her fans in the publication.

The truth is that the room could have the same number of square meters as some floors, besides filling the pantry with so many foods would leave many accounts in the red, but this is something that the Kardashian can afford without any inconvenience resembling the shelves of the pantry to that of some of the most prestigious supermarkets.

However, many users have come to wonder if the influencer really consumes so much food since it is impossible to spend so much food without something getting expired or damaged, one user mocks commenting the following “Who needs so much food?”, while another writes “I hope after the photo shoot she will donate all that food to a food bank”, possibly due to this type of comments Kim Kardashian’s sister will have to appear again to confirm or deny if she wastes many of those products.

The new series “The Kardashians”

In addition to this program Khloé is about to premiere a new family reality show where the Kardashian’s lives will be followed again as in her previous show, according to reports this new reality will continue where the previous one ended.

In this new “season” we will possibly get to see again the pantry of the youngest Kardashian as well as the current events of her and her sisters’ lives. It is rumored that the family will receive a fortune of about 100 million dollars for this new season of the reality show and each of the sisters will earn an equal salary without favoritism.