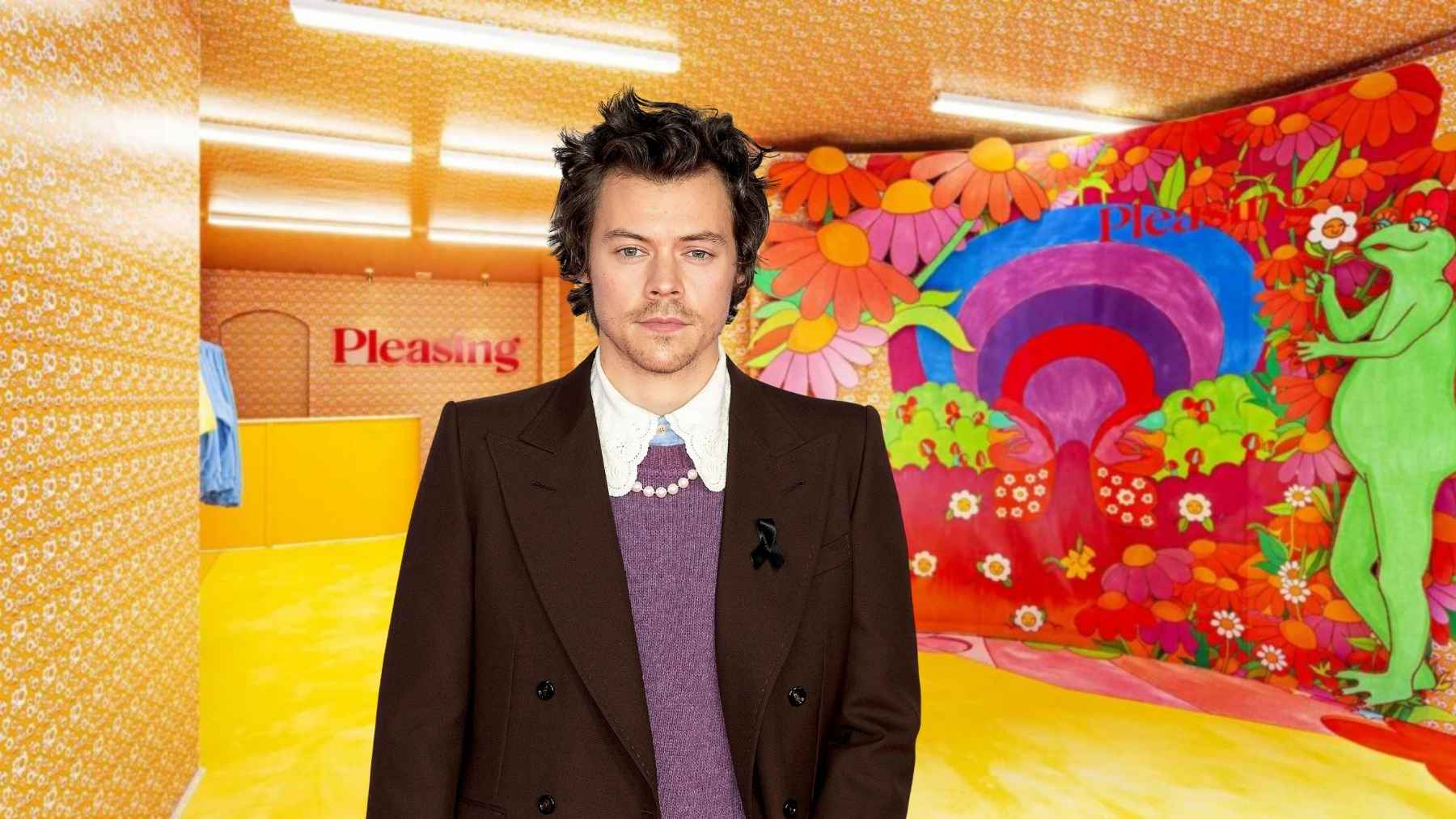 Harry Styles is known for his facet as a singer, but he himself has sought to transcend beyond this and proof of this is the most recent creation of “Pleasing” his first brand, the former member of One Direction has become a monster in the fashion world thanks to his extravagant and striking style, now he embarks deeper into this world thanks to this new project.

For some time Harry Styles has been a reference in fashion and many of his styles are copied by many of his followers, not only when talking about his clothes, but also his style in nails, hair or skin care, which is why with the launch of his new brand a great success was expected.

Since its creation, the singer’s brand has sold nail polish, moisturizers, serums and a series of T-shirts and sweatshirts with Pleasing visual identity, all from its online store. But as expected, his products sold out the same day they were published, and due to this great success a few hours later the beauty retailer Look Fantastic announced an increase of up to 400% in searches for the brand, along with a growth of 3.3229% in those of “easy nail art for men”.

Now the second collection of the brand has arrived and as a result of the first one the Golden singer has taken the next step and just last week Pleasing presented his new psychedelic collection Shroom Bloom, which is composed of more nail polishes as well as skin care products and clothing, in addition to this, to coincide his success with the release the Grammy winner pleased his fans by opening the doors of his first store in London.

The singer’s new store is located at 81 Redchurch Street, Shoreditch, and it was also announced that 2 more stores will open soon, one in New York and another in Los Ángeles, this is a pop-up store that is characterized by its yellow, green and pink color, it has been open since March 15.

In the store we can get the new Styles Pleasing Polish shades: the “Tender Bud“, a mushroom beige color, the “Sprouting“, a pale green opaque gloss, “The Whole Dewniverse“, a transparent holographic polish and the “Vine Rip“, a vibrant red color.

In addition to these we can get the “Acid Drops Lucid Overnight” Serum by Styles, a moisturizing product that is reinforced with hyaluronic acid as well as a hand and nail balm made from fungus again, a natural vegetable collagen.

In addition to this in the store we can get ultra-sustainable garments, among these the favorite of many is a sunflower yellow t-shirt with a frog design and a sky blue sweatshirt with the same motif.

These are garments made with 50% recycled cotton and 50% organic cotton, in addition to this, for each kg of clothing saves up to 14 square kilos of land cultivation, about 7,600 liters of water, about 3.5 kgs of CO2 and 14.9 kilowatts of electricity, this if compared to cotton grown in the traditional way.

The singer has recently been seen on a much more acting side, in this world Harry Styles has in his hands the film project “Don’t worry Darling” here will star with Olivia Wilde a film that will talk about an isolated and utopian community that lives in the California desert in the 50’s.

The shooting of this film could start this year as it is a priority for New Line Cinemas, there are also rumors that the singer is in negotiations to participate in the drama “My policeman”, an Amazon Studios project that tells the story of an LGTBI+ love triangle between Tom, Marion and Patrick in the England of the 50’s.